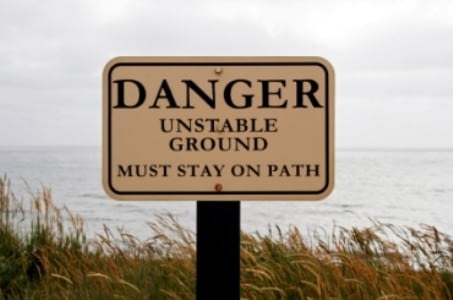 My family has been going through the days of Unleavened Bread. The practice of removing leaven has been strongly in our spirit the last couple of weeks. Our senses have been highly sensitive because of it, in which the very hint of unknown evil is being exposed in our hearts.

During the removal and eating process, there has been a spiritual attack which has drained this person from continuing to speak out publically. The Father has been testing my heart to see where it belongs. It has exposed the enemy on two accounts. It is about to expose a third enemy.

Some of you Star Wars fans may remember a book called Jedi Apprentice: The Call to Vengeance. In this book, Qui-Gon is faced with a dilemma which in he has the urge to avenge a wrongdoing.

The reason for bringing this up is not because of the book itself, yet to see a picture. This picture is that of the line between a hurting frustration… and a righteous judgement. Yahshua explains this line in John 7, in which he says, “Judge not according to the appearance, but judge righteous judgement.” As some of you know, appearances can be very deceiving, and the adversary can use a worthy cause to expel an unexpected blow. Righteous judgement, on the other hand cannot lean one way or another, however slight. The blade swipe must be precise or it can cause serious damage to not only the opposing spirit, yet also the wielder.

After meeting two strikes, the adversary then gave a platform which was thought to be solid and firm. Yet, when standing on it, exposed not only a weak foundation, yet an unbinding confidence. Although the words were true, it was my attitude in the last move which lost its center as it was given in frustration. The Father approved my words yet not my tactic. And, because of the error, was punished greatly for it. It took night and morning prayer to get this out of me.

In Deuteronomy 32, the Father says, “To me belongs vengeance and recompense; their foot shall slide in due time: for the day of their calamity is at hand, and the things that shall come upon them make haste.” This is again confirmed with the letter to the Romans. Yet when we give vengeance of ourselves in the very slightest (even if unknowingly) we are disallowing the Father to judge.

“Therefore,” Shaul says, “if your enemy hungers, feed him. If he is thirsty, give him drink. Doing so will bring the heap coals of fire upon his head.” As he and the Chronicles proclaims, this battle is not with flesh and blood, yet with the spiritual forces of evil. Therefore we must not overcome with passions as the spiritual enemies of darkness. We must overcome with good.

With that said, this person will be exposing Jediism and the fall of Jedi Realism, yet will also remember the lesson which humbled me. The people are under spiritual attack. We must allow the Father to bring justice to these spirits, while at the same time, feed the needy and poor.

Someone commented on Facebook after the prayer, came on by fate, and asked me to take one or two steps back. This person will do exactly that. Will turn off the sabre for a brief moment, and allow the Father’s spirit to come forward.

May the Father be with you Always, even until the End of Time.