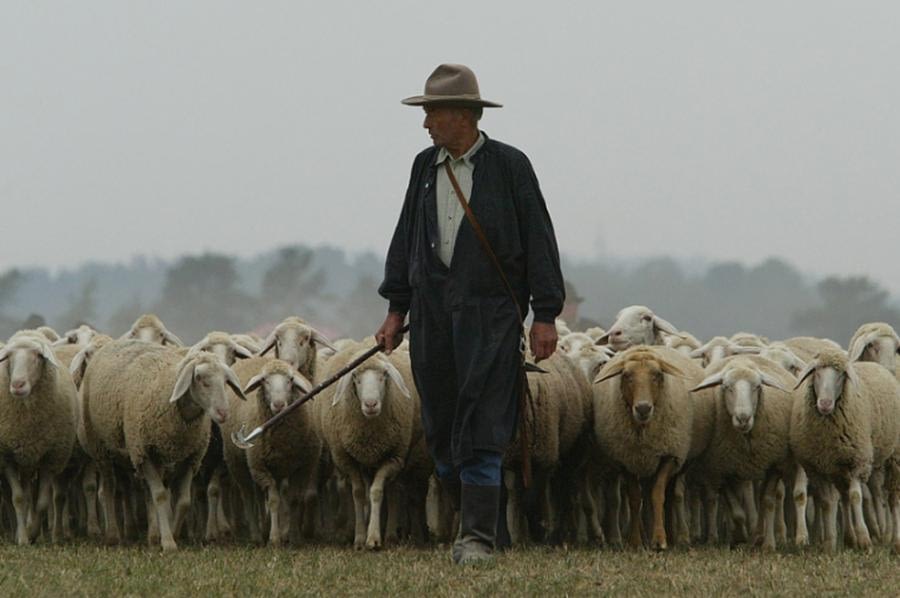 In the previous two portions, connections were made between the ancient shepherds written in scripture and the fictional Jedi depicted in the original Star Wars movies. Many other connections can be given, although we will now focus on the responsibilities of these peculiar people. In so doing, we will better understand why the shepherd’s role, although vital, has been greatly exaggerated and perverted throughout history, leading to further ignorance of its true origin.

In the early years of the Internet, remember visiting a forgotten website which gave three important quotes about the Jedi. These quotes have stuck with me over the years as they have acted as a litmus test going forward. Will go ahead and share each one with explanation.

The first quote is the following: “One will be enlightened, one will face their destiny… one will see, one will be blinded.”

It is important to note the separation being made here, that of true and false guides. This outlook is the same with shepherds and prophets in scripture – some will be spiritually awake, unafraid to reap the signs of the harvest… while others will be spiritually dead, pulled by ritualistic behaviors and opinions of men. It is essential to know which is which.

Am reminded of the story in Jeremiah 28, in which a true prophet (Jeremiah) is matched with a false prophet (Hananiah). Jeremiah had wanted to give pleasing words… yet was given a sincere message of warning, that of an upcoming destruction. This destruction was based on many abominations witnessed – and, because of his honesty, the Israelite king, priesthood, and royal escorts were greatly displeased and had him imprisoned. Hananiah, on the other hand, presented a pleasing and popular message to the king, one which allowed the people of Israel to continue in their backsliding ways. As was proved later on, Hananiah had taught rebellion by speaking according to the fleshly desires of men’s hearts. In short, he had helped set the fate of the nation’s destiny.

As for the website’s second quote, the following was given: “You can search for years and years, through mountains and desert, and you will never find it – that is because it is always with you.”

When people are lead by a plethora of collective paths which promote gnostic rites and ceremonies, this should be an automatic warning sign. Eternal life is not found in such activities, yet by truth of the Father’s word – yet many have forgotten where the true source of life is found. The Father will provide to those who love Him.

We can again look to the scriptures for parallels. “The kingdom of Yah cannot come with observation,” says Yahshua in the testimony of Luke. “Neither shall they say, ‘Here!’ or ‘There!’ for, behold, the kingdom of Yah is within you.”

And, now, for the third quote: “The Jedi are often regarded as ‘Wizards’ or ‘Mystics’ by those who do not have their fantastic powers.”

One of the warning signs is seeing individuals mistaking the true path as one based on wizardry, witchcraft, or some form of mystical influence. Anyone who claims the path to be such is greatly mistaken and is led by deception – for the basis of magical power is its powerful deception. In Leviticus 19, the Father says, “Regard not them that have familiar spirits (mediums), neither seek after wizards, to be defiled by them.” Although this fruit may look and taste good, there is a strong side effect involved.

As far as the fantastic acts found in scripture, this is provided by a set-apart spirit. This is where the word Holy, or Ruach (Hebrew), comes from. This is also why we see the fictional Jedi set themselves apart from certain activities which may promote falsehood and misjudgement. “Once you start down the dark path,” says Yoda, “forever will it dominate your destiny.” Consume you, it will.

By simply giving these three quotes, you can see how many have strayed away from the original path – they are, in a sense, as lost sheep straying from a shepherd, seeking their own paths without counsel. In the book of Zechariah, it says, “For the idols have spoken vanity, and the diviners have seen a lie, and have told false dreams; they comfort in vain: therefore, they went their way as a flock. They were troubled because there was no shepherd.”

The responsibility of a shepherd is very important. Although translated falsely throughout the generations, this is a time to rediscover the path and unlearn what has been learned.

Many thanks to those who read this message.