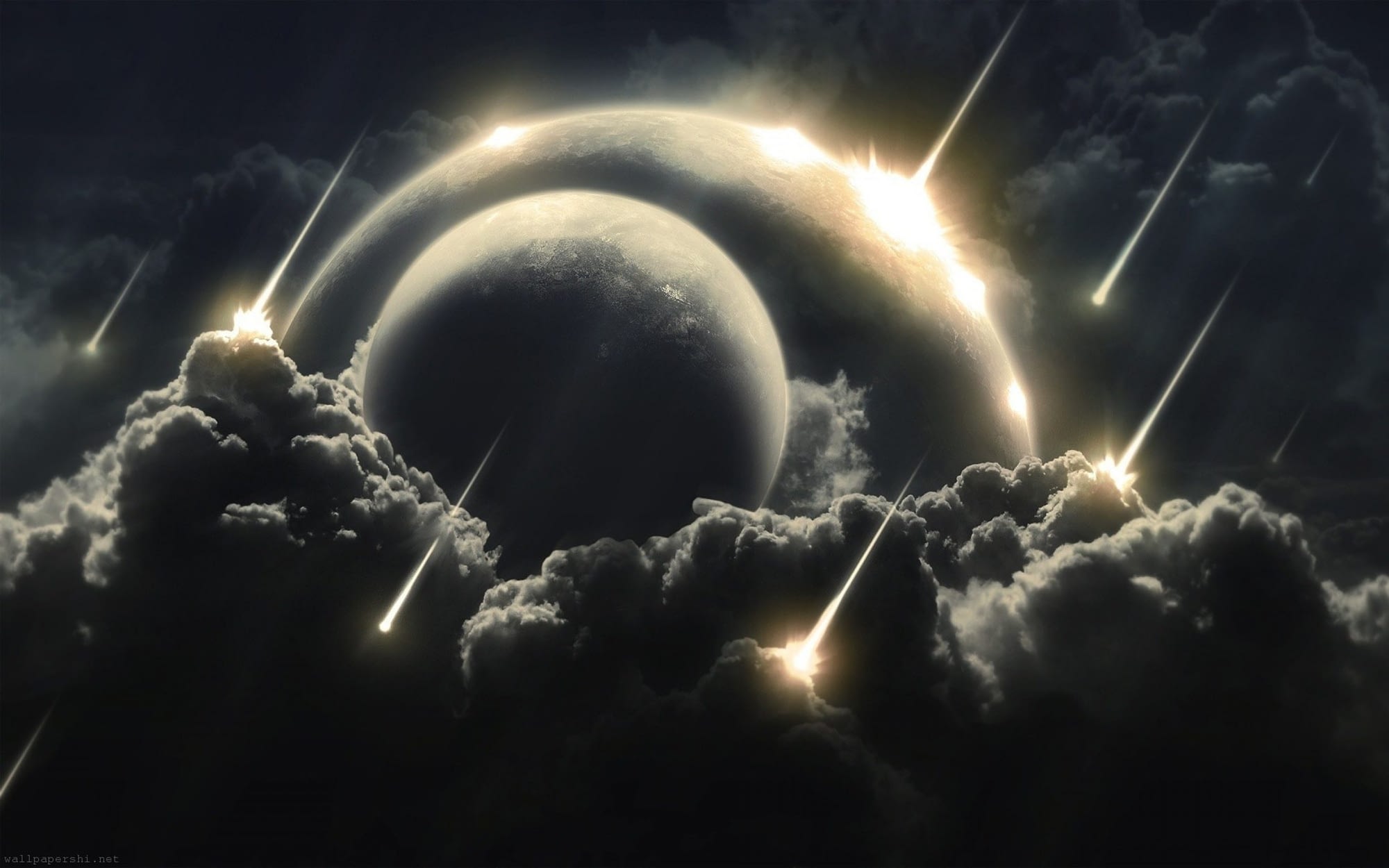 Recently woke up from a very powerful dream roughly two hours ago. It was incredible. There was a prior scene which sort of preludes the final scene, yet will not make it public here.

In this dream, was walking outside in a very rural place at night. There was a panorama of all these bright stars, moons, and galaxies. They were so vast that they were as two-dimensional widescreen shots that were fitted into the curvature of space. While watching, all of the lights began to fade in darkness, and then fade back to light. It went dark, and then light again. It kept doing this. It was like a siren, or beacon.

When viewing this, all the sudden heard this loud, thunderous voice. “Do you see all these stars in the heavens?” Instantly knew that the voice was from the Father, not just because it thundered, yet it reminded me of what was said to Abraham in Genesis 15:5.

As a side note, when the Father said ‘stars’ knew in the dream he wasn’t referencing stars as we see stars today. He was referring to all luminous objects in the heavens. This dream realization has leaded me to relook the scriptures.

Then I heard, “I am giving…” At this same time this person asked, “Are you giving them…?”

All the sudden, the night sky darkened. Celestial objects began to fall from the heavens. Three spherical moon crater-type planets fell towards Earth around my location. Although they were different sizes, they fell in sequential order, one right after the other towards a single point on Earth.

Turned my eyes away just as the first one was about to hit. The Earth swallowed the impact. The earth was restless; there was as if a vibrational rumbling was occurring. Had already turned around and started to run at great speed while this was occurring.

Suddenly the ground lifted up into the heavens, creating a huge wave. It was very similar to the first ripple of water after one throws a large object into it. The wave was so great; although was running away with great speed, the wave moved like a tidal wave of water. It was stories and stories tall.

As it came near me, this person cried out with a great voice: “YAHHHHHHH!!!!!!!” The voice echoed upon the Earth (for those not aware, Yah is the name of the Father in heaven).

When this was spoken, jumped straight high into the heavens. This happened right when the wave was going to hit me. Amazingly, this act jumped the entire first wave.

While falling back down to Earth, saw the wave that was jumped rippling further and further away, destroying everything in its path. The Earth below me was on fire, volcano-like. It became a great furnace. The flames engulfed me yet did not feel any pain. The scene was exactly like the scripture of Daniel 3:23, although was not bound.

Suddenly woke up from the dream.

There is plenty of symbolism seen in this dream. It has unlocked some doors of what was spoken in the scriptures, such as what is written in Matthew 24:29-31 and Revelation 6:13-14. Both speak about the fig tree in relation to the stars falling from heaven. The fig tree is a representation of a great nation, whereas the moons that fell into the Earth is a righteous judgement, similar to the stone which smote the image in Daniel 2:34.

This person has been inclined to share this here. For those of you affected by it, do meditate and consider it closely.